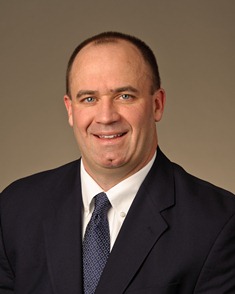 The one-day football camp for high school players are the primary fundraiser for the foundation, which provides financial support for brain tumor research and cancer services, offers financial and emotional support to families living with pediatric cancer, and increases awareness of the disease. LFG has raised more than $1 million since it was created in 2004.

“We could not be more excited to have Coach O’Brien volunteer to be our featured speaker,” said John Loose, LFG founder and defensive coordinator of the Lafayette College football team. “He has been successful everywhere he has been and we are sure he will have a great message for the campers and coaches.”

Prior to his appointment at Penn State in January, O'Brien served as the Offensive Coordinator of the New England Patriots, where he was instrumental in helping New England earn a 13-3 record, the No. 1 seed in the AFC playoffs and advancing to Super Bowl XLVI last season.

A member of the Patriots' coaching staff since 2007, including the last three mentoring the quarterbacks, O'Brien has worked with some of the game's most successful and innovative coaches and players in his 19-year coaching career, including Bill Belichick, Tom Brady, Wes Welker, Randy Moss, Rob Gronkowski, Ralph Friedgen, George O'Leary and Chan Gailey.

A graduate of Brown University, O'Brien joined Belichick's staff in New England as a coaching assistant in 2007 after 14 seasons on the staffs of Georgia Tech, Maryland and Duke.

The LFG Football Camp is open to student-athletes who will be entering grades 9 through 12 this fall. During the event, athletes are divided into small groups and receive instruction in a variety of offensive and defensive skills from volunteer college coaches from around the country.

Along with the PA camp, LFG also sponsors a one-day camp at Otterbein University in Ohio, which will be held on Sunday, June 17. Registration for the camp is $33 and student-athletes can register online at www.lfgf.org.